Continuing his series on B&O diesels, author Bob Withers includes in his second volume switchers built by General Electric, Alco, Baldwin, Lima-Hamilton, the Electro Motive Corporation and Electro Motive Division of General Motors, and Fairbanks Morse; and Budd's Rail Diesel Cars. He reveals that Alco, Ingersoll-Rand and General Electric combined their efforts to produce B&O's first diesel locomotive, which is on display now at the National Museum of Transport in St. Louis, in December 1925.

Space-Saving Industries for Your Layout 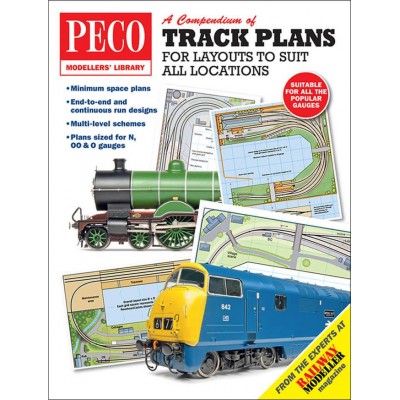 A Compendium Of Track Plans For Layouts To Suit...

Your Guide To Modelling American Railroads -...

The Model Railroader's Guide to Industries...

Modeling the '50s - The Glory Years of Rail Wiring Projects for Your Model Railroad

Structure Projects for Your Model Railroad

50 Ways to a Better-Looking Layout

Build Big and Small Industries for your Model...